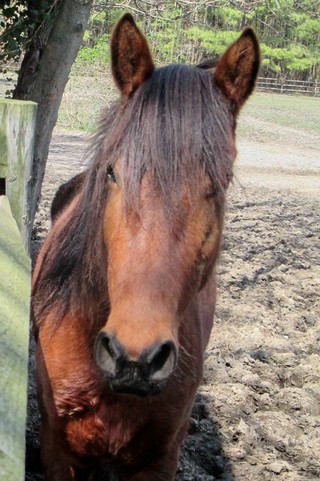 Tags: Rikki's Refuge, Bonwit Teller
Today is a sad day for Sanctuary House because our cat Tom died this morning. Tom got sick all of a sudden and even though Mom had medicine for him, he didn’t get better. Last night he went to sleep surrounded by his cat friends – Mom kissed him goodnight and he purred back to her, but early this morning he died. Tom was a big tuxedo cat – mostly black with white toes. I think kitties Fluffy and Belinda will miss him most of all because they were his very good friends – and of course, Mom misses him too.

Politics, politics – that’s almost all that’s on the radio! I don’t know why the humans have to elect a President . . . cats don’t have to hold elections, we have other ways of choosing leaders. Mom isn’t happy about any of the candidates who are trying to get elected – she said she would never, never vote for Donald Trump. Even before he started saying creepy things about women and Muslims and border fences and torture, Mom said “No, never!” When I asked her why she said, “Two words, Gus, Bonwit Teller.” I’m not sure what Bonwit Teller means, but I might Google it later. [http://www.nytimes.com/2014/10/05/realestate/fifth-avenue-bonwit-teller-opulence-lost.html?_r=0]

If we have to have a President and Mom takes me with her when she goes to vote we might write in Morris, the 9-Lives cat – he’s good at business; or Opie from Rikki’s Refuge [http://rikkisrefuge.org/] – if Opie can run Rikki’s Refuge, I bet he could run the world! Cats rule, you know!

It’s raining again today – the beagles aren’t too happy about that and neither is our horse, Jackie. Jackie is especially unhappy because Mom put up a web gate to keep him away from the muddiest part of the pasture – of course, that is exactly where he wants to stand. Jackie weighs 1000+ so he can certainly pull the gate down . . . right now he’s thinking about it. Mom has tried to distract him with carrots and treats, but he’s still thinking about that flimsy gate.

Did you know that our Book of Common Prayer has a prayer for rain? Here is a little of that prayer: O God, heavenly Father . . . send us we entreat you . . . moderate rain and showers, that we may receive the fruits of the earth, to our comform and to your honor; through Jesus Christ our Lord. Amen. [p. 828] . . . maybe we have been forgetting the word “moderate” – what do you think??


Until next time,
Stay safe; pray always; keep in touch.

Following the Path of Life: Companions on the way
This is a book of inverse haiku - brief glimpses of the animals who live at Sanctuary House.
Handful of Stars
This little book includes poems for Advent, Christmas, and other liturgical seasons, as well as other topics: bagpipes; nature; letters to great friends and relatives; and of course, cats, dogs, and a horse.